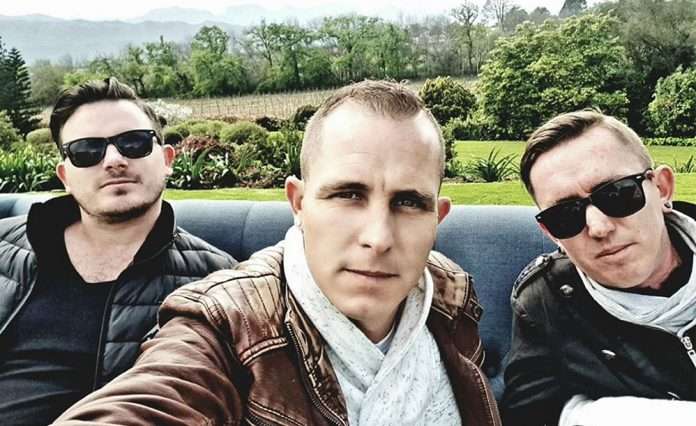 The band started in February 2011 and has grown from performing one or two shows a month to one of the most demanded bands in South Africa.

1925Band are three incredibly talented brothers, Reno, Jeff and David-Lee Gericke, with a passion for music who sings in angelic harmony. They are interesting and gets the crowd going with their most vibrant and versatile song selections.

Their music has an acoustic sound with their instruments, entertaining both Afrikaans and English audiences alike. They keep audiences entertained by creating an enjoyable atmosphere that can be loved by all ages.

Their debut album, Horizon, launched in 2014 carrying a whole new sound to their music. The album featured 8 original tracks including hits like ‘Gedig Op Jou Arm’, ‘Servette’ and ‘Out of My Hands’ which have all been selected for radio broadcasting. In 2016, 1925Band composed the theme song for the Afrikaans Movie ‘Eintlik Nogal Baie’, in 2018 was nominated feature in ‘Die Grootste Afrikaanse Songs Vol.2’. The song went to number one on South African charts and the film has since been distributed worldwide with 1925Band also composing the Spanish version of the song and performing it.

They have signed with a record label early in 2017 as their preferred recording studio soon after relocated to Cape Town, August 2017 they released their second album named ‘Eintlik Nogal Baie’. The band has toured throughout South Africa and also in the Netherlands in May 2018, planning a new album and also performing a Bee Gees Tribute Show.

In 2019 we toured the whole of South Africa which includes Gauteng, Free State, West Coast and many more. Our most premier performance was done at the Barnyard Theatre ‘Reed Valley’ in Mosselbay which was the biggest sold out performance. December 2019 we did a song with multiple artists for the song ‘Reën Vir Kersfees’ for the drought relief.

The year 2020 started off with a boom where we mostly just organised live performances and signed partnerships with few companies named, Dreamers Signature, Anvantec Technologies, PSB Attorneys, Connected and BSR Centurion. In July 2020 we signed an agreement with a new management team named Active Casting Talent Management that will manage the bands events, shows, ticket sales and social media coverage.

They are well known around South Africa and have appeared on several TV Shows and have conducted multiple radio interviews. All our songs can be downloaded on various digital platforms named iTunes, Deezer, Google Play.