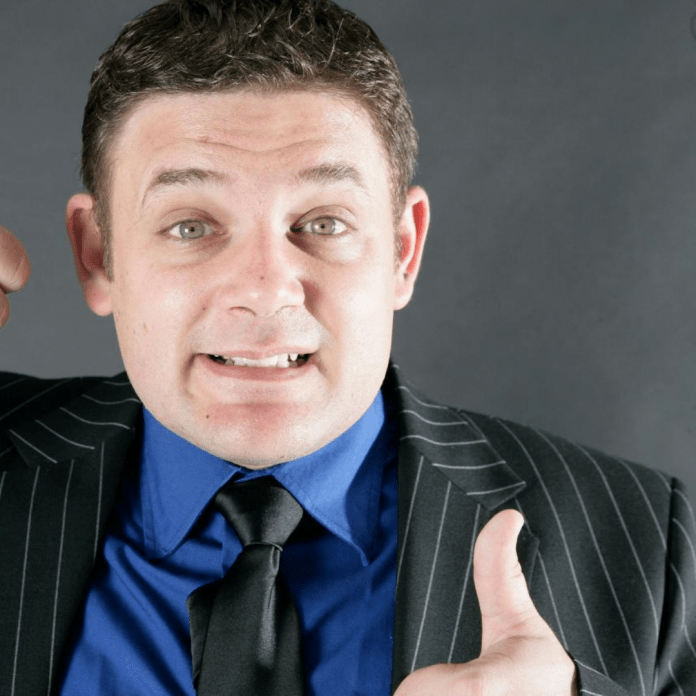 Alan Committie – Comedian MC is known as one of South Africa’s leading comics.

He is a character comedian, stand-up comic, actor, director, writer, producer, Master of Ceremonies and even a fully qualified high school teacher!

He freelances around the country and is best known for his comic one man shows: ‘Stressed to Kill’, ‘One Man’, ‘One Remote’, ‘TV or not TV’, ‘The Clown Jewels parts I and II’, ‘Titanic on Ice’ and ‘Dick and Di’. STAGE WORK

Alan is currently ‘Defending the Caveman’ at theatres around the country.  He has taken over this legendary one man show which has been running in South Africa for the last 9 years and for more than 1500 shows!  Alan has received rave reviews and continues to play to full houses with this hysterical play.

He alternates between this show and his own stand up shows and can be seen at various theatres around the country.

Alan Committie’s most recent shows, which he has both written and starred in, are ‘Return to Sendup!’ (Post Box Theatre); ‘One Man, One Remote’ (Kalk Bay Theatre); ‘Once Upon a Laugh’ (Baxter Studio); ‘TV or not TV’ (Kalk Bay Theatre, Theatre on the Bay and Montecasino Studio, Jhb) – for which Alan received the 2005 Naledi Theatre Nomination for Best New Comedy.

Alan Committie has performed at the ‘Stand Up South Africa Comedy Festival’ in  London, UK (2002) – where he also performed ‘Dick and Di’ to great acclaim – and was part of all the ‘Smirnoff International Comedy Festivals’ (Cape Town, Durban and Jo’burg) between 1997 and 2003!

In fact, Alan Committie – Comedian MC is the only performer to have performed on every single day of the festival, across the country, between 1997 and 2003!

Alan has also directed a number of projects like Stuart Taylor’s one man show, Joker In the Pack’ and the 60’s tribute show, ‘69’.  He was also assistant director on the award-winning Cape Town production of ‘Honk’!

Alan Committie can currently be seen on M-Net’s Comedy Hoax show, ‘Laugh out Loud’, where he has a weekly rant in the guise of his alter ego:  Johan van der Walt.  Alan has also appeared in various TV adverts including FAMSA, Polo Classic, OK Bazaars, Castle Lager and Cadbury’s.

Alan Committie – Comedian MC has made cameo appearances on many SA sitcoms and and was one of the friends in the comedy sketch show, ‘Marc Lottering and Friends’.

Alan also adds his voice to the new SABC animation series URBO as a multiple character voice on many of the episodes.

Alan Committie’s voice can be heard on various radio spots and his speciality is comic character voices and quirky offbeat roles… He has also been the ‘unofficial’ film reviewer for Nic Marais’ breakfast show on KFM, where he is ‘The Film Wurm’!

SOME OF ALAN’S CHARACTERS:

A highly officious, disturbingly pedantic and rude man, vd Walt is a part-time Sheriff of the Court and full-time bumbling irritant (not unlike a Basil Fawlty from De Aar).

This well known character has a weekly slot on M-Net’s ‘Laugh out Loud’ show.