Ambassador Tony Leon is an award-winning author, noted speaker and consultant, and has had two highly successful careers in both front line South African politics and international diplomacy.

For nearly twenty years Tony Leon was a Member of Parliament in South Africa, and for thirteen years he led the Democratic Alliance. He is the longest serving Leader of the Opposition in Parliament, since the advent of democracy in April 1994.

A trained lawyer, Leon actively participated in the critical constitutional negotiations that led to the birth of a democratic South Africa. He has been at the forefront of national and international events, both as a front-ranking parliamentarian and renowned orator and writer and as a Vice- President of Liberal International. He has addressed many international conferences, institutes and think tanks from the Council on Foreign

Relations (Washington DC, and New York City) and the Royal Institute for International Affairs (Chatham House), London, to the German Council on Foreign Relations, Berlin, the European Parliament in Brussels and to the World Economic Forum, Oxford Union and Yale Political Union.

Ambassador Tony Leon has been widely published in academic journals and in the media and has authored articles for inter alia, Time Magazine, The Spectator, Harvard International Review, The Washington Post, The Washington Times, Financial Times, The Sydney Morning Herald and The Daily Telegraph, and the New Statesman.

He has published five books: “Hope and Fear: Reflections of a Democrat” (Jonathan Ball 1998), the SA bestsellers “On the Contrary: Leading the Opposition in a Democratic South Africa” (Jonathan Ball 2008), which won the prestigious Recht Malan Prize for nonfiction that year. Pan MacMillan published “The Accidental Ambassador”, in April 2013. In May 2014, he launched his new book “Opposite Mandela – Encounters with South Africa’s Icon”, to critical acclaim. In 2021, his latest book “Future Tense -Reflections on my Troubled Land” was published in both South Africa and in the United Kingdom. Historian Niall Ferguson wrote, “Anyone who wants to understand South Africa today…simply has to read this book.”

After standing down from the leadership of the opposition in 2007, he was awarded a Fellowship at the Institute of Politics, John F Kennedy School of Government, Harvard University. He led a study group and seminar series on Development and Democracy in Africa”. In 2008 he was invited as a fellow to the Cato Institute in Washington DC, where he published a paper on liberal democracy in Africa:

On the nomination of the President of South Africa, he served as South African Ambassador to Argentina, Uruguay and Paraguay, based in Buenos Aires, from 2009 to 2012.

In 2016 and 2017, he was visiting professor of political practice at the Lauder School of Government, Diplomacy and Strategy, IDC, Herzliya, Israel.

In February 2015, on the occasion of its 90th anniversary, Rotary Club of Durban awarded him the Paul Harris Fellowship “in appreciation of tangible and significant assistance given for the furtherance of better understanding and friendly relations among peoples of the world.”

(2007):”Your contribution to democracy is enormous, you have more support for all you have done than you might ever read about.”

1. Future Tense – 9 Signposts on the Road to South Africa’s Future

Tony Leon’s best-selling new book “Future Tense – Reflections on my Troubled Land ” (Jonathan Ball Publishers, South Africa; Icon Books, London) contains rich data, telling anecdotes and the backstories which have led South Africa to the edge-of-the-cliff in 2021. Will the country recover? Will the economy collapse? Could the ANC lose power and who will replace it? Are we en route to a failed state by the end of the decade? Can the Rainbow Nation be rediscovered? Tony Leon tells all in this riveting address.

Tony Leon led and grew the official opposition party in South Africa from the brink of extinction in 1994 to the second largest party and government in the Western Cape in a period of 13 years. His close-up encounters with some of the leading figures in the country -from Mandela to Ramaphosa -and in the wider world give him unique access and authority to ask how to lead in the toughest times. The future, in our Covid-cratered world,’ is not what it used to be’. He offers key lessons in resilience from business to the battlefields in how strong and empathetic leaders meet the challenges of change.

3. Red Dragon Rising – The Coming Clash between the Superpowers

The two largest economies and military forces in the world – the United States and China are on a collision course in the Pacific with global implications for the whole world. Tony Leon, who served as an ambassador and diplomat and was awarded a Fellowship at the Harvard University’s John F. Kennedy School of Government, weighs the odds on whether the cold war between these superpowers can engulf us in escalating conflicts or be resolved or tempered. 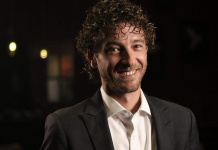 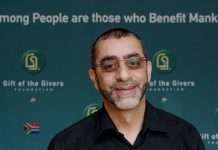 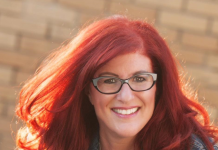