Conn was diagnosed with a severe and extremely rare form of brain cancer. Now available through Speakers Inc

So rare in fact, that the data available for the behaviour (and the reaction to certain treatments) of the cancer was depressingly hard to find. 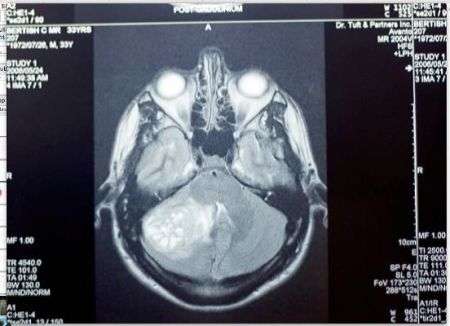 Whilst the traditional cancer treatments (like surgery, chemotherapy and radiation) were prescribed, Conn Bertish – Motivational Speaker felt that there was something missing.

It was as if the most important part of the solution was left out of the brief.

Where was he in the solution?

Surely he could do more than just ‘be strong’?

He solved challenges for a living, so surely he could play a role here?

He could try to understand the problem and then creatively become a part of the solution.

After all, the challenge was happening in his body.

Conn knew how to work with tough briefs. He immediately set in motion the biggest creative project of his life. Follow Conn on Twitter

He began the process of using his imagination to immerse himself into his bout with cancer.

He went straight to the first things he always relied on – his pen, his paper and his playful, problem solving attitude.

He began toying with cancer, studying the helpless people around him creating visual representations of what he was going through; documenting his experience with conceptual thinking and storytelling.

He used his imagination to create a drawn-series of pen-on-paper metaphors that helped him to visualize his tumour and the treatments with intent.

He then took this thinking into everyday life and the world around him.

It became a game; a daily routine.

Conn Bertish – Motivational Speaker had found a playful, debunking way to interact with his cancer. See his cancer. Imagine beating his cancer.

All of a sudden, he had a role in his own survival.

Conn was able to imagine the effects that different treatments would have on the tumour cells. 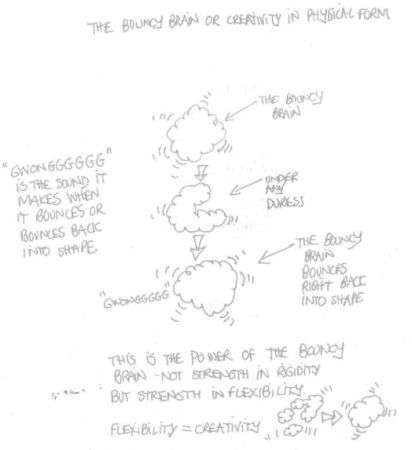 Creative thinking helped Conn Bertish – Motivational Speaker to link his mind to his body in a way that augmented all of his treatments, his resilience and his immune system, ultimately increasing his chances of survival.

As somebody whose life was built around creativity and the power of conceptual thought, Conn was used to working with metaphors.

He knew the value in bringing in seemingly insurmountable problems into context.

It was in his nature to deal with the usually invisible.

After beating cancer in 2013, Conn has been urged by doctors, oncologists, neurologists and professors of science to share this way of thinking; to use his experience as a gateway for others to enter the world of his playful visual approach (dubbed Dojo Thinking).

The result is the Cancer Dojo.  A digital platform and mobile application that will enable people to engage with their cancer in a new and powerful way. It is, in many medical opinions, way ahead of its time.

Its goal is to help people to unlock the powerful effects of Dojo Thinking; to alter the way in which they deal with their disease.

The app is a space where people can grow, learn and share skills and tools to boost their immune systems and actively participate in their unique bouts with cancer.

It’s a space where people can keep each other company and send each other help.

It’s a dojo, where creative people from all over the world will work alongside doctors and oncologists to find new ways to change the way we interact with the disease.

Cancer Donjo launched a Thundafund; crowd-funding campaign on the 20th of April 2015 and they need supporters, contributors and partners to help to bring this empowering platform to life.

Conn has also authored a book on ‘Cancer & Creativity’ which details his adventures, creative techniques and discoveries through cancer

“At last, a brilliant app that helps a lay person to understand and to thoroughly engage with his or her cancer on a creative, self-healing path”

“A vital step in any cancer journey is to be empowered to face its many challenges. Conn’s journey inspires and empowers.”