Home A Dr Azar Jammine – Economist
Share
Facebook
Twitter
Google+
Pinterest
WhatsApp
Dr Azar Jammine – Economist matriculated at Pretoria Boys’ High School after which he did a BSc Honours in Mathematical Statistics at the University of the Witwatersrand.
He represented Wits and Transvaal Under 20 at rugby.  Book through Speakers Inc
During the period 1970 – 75 he was employed as Investment Analyst at Senbank and subsequently at Stockbrokers Martin & Co, now JP Morgan, during which time he completed a B.A. Honours in Economics, Cum Laude, part-time at Wits.
In 1976, Dr Jammine completed his M.Sc in Economics at the London School of Economics, followed by his PhD at the London Business School after which he was awarded a two-year Post-Doctoral Fellowship at the Centre for Business Strategy of the School.
In order to pay his way whilst working on his PhD, Dr Jammine used his knowledge of six languages to conduct numerous international business consultancy projects in Europe, North America and the Far East, covering a wide variety of industries.
Dr Jammine returned to South Africa in December 1985 to take the position of Director and Chief Economist of Econometrix (Pty) Limited.
He has occupied that position ever since.  Follow on Twitter
Dr Jammine has published many articles in international strategic management journals and is co-author of “McGregor’s Economic Alternatives”, “Trends Transforming South Africa” and “Mindset for the New Generation on South Africa”, all published by Juta’s.
Dr Jammine’s contribution to McGregor’s Economic Alternatives was used by the ANC as a setwork in the organisation’s internal training programme prior to taking power in 1994.
Dr Jammine has presented papers on the South African Economy at conferences in Washington, New York, London, Warsaw, Frankfurt, Paris, Phuket, Bahrain, The Hague, Mauritius, Dubai and the Victoria Falls.
Dr Jammine is also a non-executive director of Federated Employers Mutual, Netcare, GHG (in the UK), York Timbers and Iron Fireman (Pty) Ltd.
He has been a member of the Board of St Mary’s School, Waverly since 2000 and an executive director of the General Council of the Independent Schools Association of South Africa (ISASA).
Dr Azar Jammine – Economist is also a member of the National Advisory Council on Innovation, a body of experts appointed by the Department of Science and Technology.
He is project leader for the collection of science technology indicators and is also a member of the Task Team of the Science Technology and Innovation Institutional Landscape.
Dr Jammine has also been appointed to the Saheti Trust, the Foundation body for the Saheti School.

Dr Jammine has conducted approximately 4000 presentations to leading client corporations and other institutions as well as at conferences dealing with the local and international economic environment. 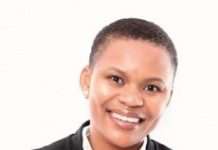 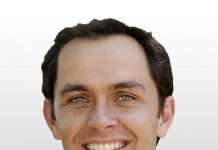 Admin - 14 May 2019
0
Mbali Nwoko – Motivational Speaker is an award-winning commercial farmer, entrepreneur, speaker and columnist. She is the CEO of Green Terrace which...