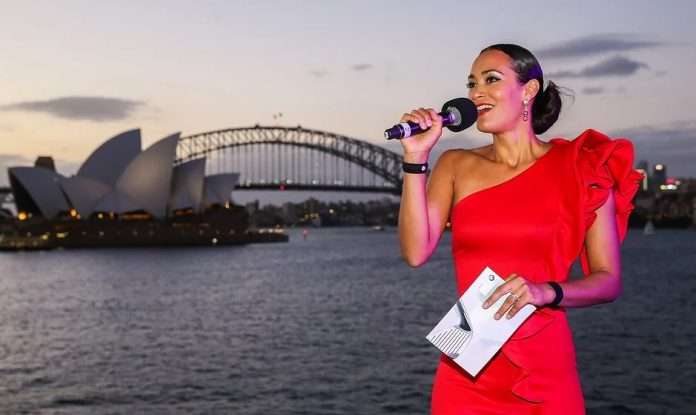 Jo-Ann Strauss – MC has become one of South Africa’s most recognized media personalities since embarking on her career in front of the camera in 2000.

She is best known for presenting the South African show “Top Billing” and has presented and produced various other shows both on TV and online.

She is an astute businesswoman and this is reflected in the fact that she serves on various boards of well-known South African companies like Media24, M&C Saatchi Abel and most recently her appointment to the advisory board of the University of Stellenbosch’s Graduate School of Business (USB).
She holds a B Comm (Law) degree from Stellenbosch. As a Master of Ceremonies (MC) and speaker on various topics including gender issues, the new business environment and corporate transformation.
She has traveled the world and has been hailed as one of the best public speakers by various blue-chip companies ranging from Adidas, Audi, Unilever to BMW and all the major banks throughout South Africa.
Jo-Ann Strauss has also MC’ed various charity events for members of royal families from HRH Princess Caroline and HSH Prince Albert of Monaco’s Amade Mondiale to HRH Prince of Wales, Prince Charles’s Wool Foundation initiative.
Since winning the Miss South Africa pageant in 2000, she has appeared on the covers of most of SA’s top magazines and also became the face of Lux– following in the footsteps of glamorous women across the globe from Marilyn Monroe to Ashwariya Rai.
Her sense of style has also won her various awards.
Jo-Ann is passionate about the welfare of the most vulnerable in society and has been appointed a celebrity advocate for UNICEF in 2015. She also works with Stop Hunger.
Now and designed a range of baby clothing with one of SA’s top clothing retailers channeling all the proceeds into feeding underprivileged families.
Jo-Ann Strauss is married to an orthopedic surgeon and is the mother of a 1-year-old boy. She enjoys living a full life and strives for balance above all.

Both in South Africa and worldwide, she is renowned for her ability to seamlessly integrate her witty charm and take audiences on an insightful and entertaining journey throughout the proceedings she hosts.

She has been the brand ambassador of Lufthansa, Samsung and BMW in South Africa and also sits on the boards of Media24 (one of Africa’s biggest media companies), M&C Saatchi Abel (award-winning advertising agency), Village and Life (a property and tourism company) as well as the advisory board of one of Africa’s top business schools, the University of Stellenbosch Business School. She is a UNICEF Goodwill Ambassador and has designed a clothing range which raised funds to feed over 8000 families. She has three children aged 6 and under with her husband, a Professor of Orthopedic Surgery, and has an inspirational micro-blog called “Modern Mommy.” She strives for balance in everything she does. Her social media credentials are also worthy of mention, as well as the fact that she produced #SocialStar, a media property that enables young influencers to carve profitable and sustainable businesses in the new sphere of media. She has over 650 000 followers across the most popular platforms.

She has MC’ed conferences for bespoke brands on 4 continents and traveled extensively as a television host and producer. Her innate sense of style has earned her a number of awards and magazine covers. She is passionate about entrepreneurship and creating an environment in her home country which helps people grow their own businesses.