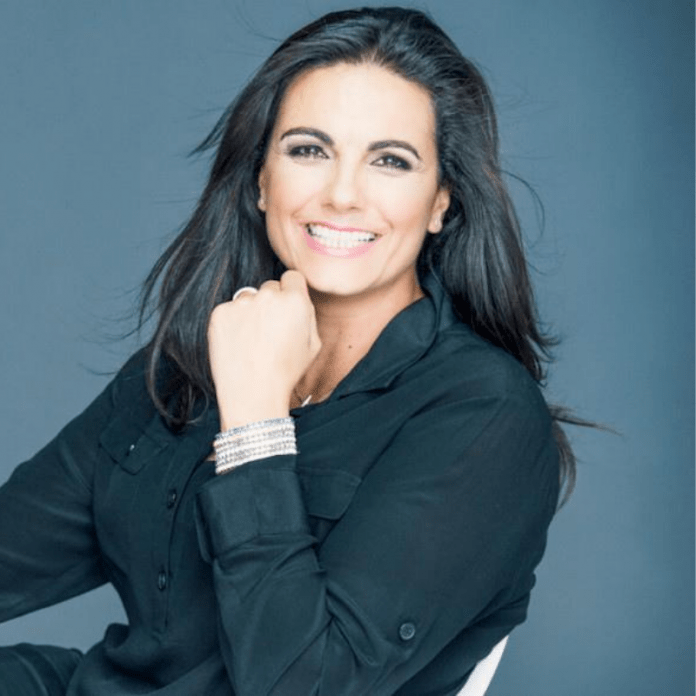 Leanne Manas – Conference MC is a multiple-award winning South African TV presenter that has graced our screens for over a decade now available through Speakers Inc. Not many broadcasters can boast having had live TV experience 5 days a week for 12 years …
Leanne is a qualified Speech and Drama teacher which she completed through London Trinity College and she also has an Honours degree in English.

She started her career as a weekend and late night news anchor for Talk Radio 702 and she then moved to Johnnic Publishing’s African Business Channel (now Avusa Media), where she became the news anchor for Classic FM.

Achieve Your Impossible
(Motivational / Inspirational keynote)
It’s not about conquering a mountain; it’s about conquering YOURSELF.
Some people wake up every day, doubting their ability to achieve their goals however big or small. Take the leap and realize your true potential by stepping outside of your comfort zone.
Leanne Manas – Conference MC will take you on a motivational journey through her life – from being the shyest little girl in the class to becoming one of the most recognizable faces on South African television.
Hear about her encounters with Presidents, Celebrities and everyday South Africans and the lessons that she has learnt along the way. None of this would have been achieved without the courage and self-belief that Leanne possesses.
All of this intertwined into her unlikely journey to the Summit of Mount Kilimanjaro. She will have you hanging onto her every word during this emotional rollercoaster of a talk that will leave you wanting to achieve your impossible.