Marks Mapoyane – MC Motivational Leadership offers a wide variety of topics on which he speaks and these include the likes of Teamwork, Accepting Changes in the Workplace, Change of Attitude and Men’s Attitude Towards Women in These Changing Times

Marks Maponyane was born in Meadowlands, Soweto on 16th February 1962.

He has been a professional footballer for 17 years and in 1984 he was nominated as South African Sports Hero of the Year.  Marks was Captain of the Chiefs between 1985 and 1988.

Marks played for Bafana Bafana from 1992 to 1995.  Marks has been involved with Motivational Speaking for most of his footballing career and has been a Sales Executive for 13 years; 10 years with Adidas and 3 years with Reebok.

Marks Maponyane offers a wide variety of topics on which he speaks and these include the likes of Teamwork, Accepting Changes in the Workplace, Change of Attitude and Men’s Attitude Towards Women in These Changing Times

Marks met and exceeded all our expectations!!! His message was inspirational, practical and most importantly delivered in a way that the audience felt they could implement it in their everyday lives.

For someone who has had so many achievements in his life, he is such a humble person and it was fantastic to have him at our event.

He took the time to speak to the audience afterwards and pose for photos. Thanks Marks, you truly are a legend! Kieron Futter, Head of Restco, Nando’s Dinner, 1st of June 2015

“Marks Maponyane took our brief and added to it to convey a message that was aligned with our Global Safety Day message.  He worked extremely well with our MC, Dr David Molapo and together they made the event a huge success.  He was available to talk to our people and this enabled our employees to interact on a different level with Marks.  He is a whole rounded person and I would definitely book him again in future.” 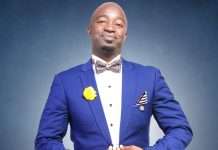 Admin - 2 May 2018
0
Stephen Grootes - Current Affairs is an Award-winning journalist and political commentator, is the host of the Afternoon Drive show and former host...