Previously an Associate Manager at Procter & Gamble, Nolo currently focuses on advertising for the youth voice, and creating youth-led and youth-focused enterprises that truly empower from the ‘bottom up’.
As a student leader at the University of Pretoria, he serves as the Chairperson of the Young Economists Society and Vice-Chairperson of the faculty, whilst later making contributions as Projects Head for the Student Sports Committee. Book through Speakers Inc
In his final year, he founded The Heritage Talk Series in partnership with the Department of Student Affairs. 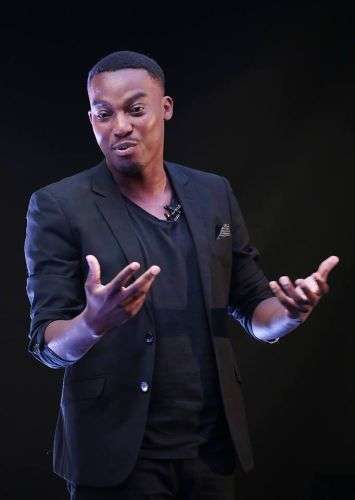 Nolo’s key interests lie in innovation and strategy; mediation and dialogue, youth development and agricultural reform.
A recent alumni of the South Africa-Washington International Program (SAWIP) in 2014, he spent his summer in work placement at the Michelle Obama-endorsed High Achievement, an education-focused NGO in the Washington D.C metropolitan area – focusing his efforts on the NBL’s Washington Nationals’ Youth Program.
Nolo is also a recent fellow of the ISFIT Dialogue Groups in Norway, which was hosted by the Nansen Centre for Peace & Dialogue and Trondheim University. Follow Speakers Inc on Twitter
Aside from his entrepreneurial ventures, he hopes to grow as a social innovator – making a considerable contribution, providing alternative solutions in both private and public sectors of society.
Nolo Mokoena – Business Innovation is both an opinion writer on News24’s Voices platform and a TEDx speaker and he is a continual contributor to various organisations and publications through various mediums.