Professor Khalil Osiris – Transformation is an author, educator, social activist and entrepreneur. He spent 20 years of his life in prison. Khalil earned his bachelor’s and master’s degrees from Boston University while incarcerated.

He transformed his life and emerged from prison with a deep understanding of how to use personal crisis and challenges as opportunities for self-improvement. Professor Khalil Osiris is now available through Speakers Inc.

Khalil is host and life coach of the South African SABC TV Show, Each One Teach One. This popular show was winner of a 2016 SAFTA for Best Reality Educational Program. He helps young people and parents develop positive ways to cope with daily challenges at school, home and in their communities. Khalil is the first American to win a SAFTA.

He is the author of A Freedom That Comes From Within, a book about finding your own freedom in any situation. While in prison, Khalil realized he had been incarcerated long before he was arrested and his epiphany was that he could get out before he was released. His book invites readers to find their freedom regardless of how limited and powerless they may currently perceive themselves to be.

Khalil is founder of Positive Behavioral Interventions and Supports (PBIS) Africa, a research based school management initiative designed to improve behavioral outcomes for students in every grade. The primary goal of PBIS Africa is three-fold: 1) to prevent the development of inappropriate behavior; 2) reduce ongoing patterns of problem behavior; and 3) improve academic performance of all students. He often says, “The lowest performing schools produce the highest percentage of prisoners.” Khalil is committed to building awareness of how to prevent what is known in America as the “school-to-prison pipeline” from spreading to schools in South Africa.

Professor Khalil Osiris – Transformation implemented South Africa’s first criminogenic needs re-entry program, Get Out & Stay Out (GOSO) Africa, at Zonderwater Correctional Centre. On 18 July 2013, Nelson Mandela Day, the first graduating class of 120 men celebrated their successful completion of the GOSO Africa program. He is author of The Psychology of Incarceration, a textbook and ground-breaking eight-part DVD series used in correctional and therapeutic settings throughout America.

Khalil and his South African colleague Craig Wilkinson are co-founders of Man-To-Man Talks, a movement that brings together men from diverse walks of life to have critical, life-changing conversations. Between them they have inspired tens of thousands of people at schools, universities, corporations, churches, NGO’s, government departments, prisons and conferences throughout Africa and the USA with their dynamic and insightful talks and workshops.

A patron of the arts, Khalil is deeply passionate about supporting artists. As Director of Bronze Kingdom African Art Gallery, he organized an unprecedented partnership with the historic Town of Eatonville, Florida in which an iconic African statue was placed on the town square in celebration of Eatonville’s 130th Anniversary as the oldest African American Municipality in America. Khalil regularly conducts workshops and keynote talks on topics ranging from diversity and inclusion to personal transformation and overcoming self-imposed limitations.

KEYNOTE:
Diversity And Humanity
Embracing and celebrating our differences and the common bond of our humanity.

KEYNOTE:
Mindful Masculinity
A male’s intentional use of his power to serve, protect and uplift the wellbeing of others.

KEYNOTE:
The Power Of Grace And Redemption
Making peace with our past and finding a greatness within ourselves we never thought possible. 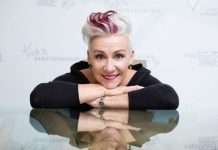 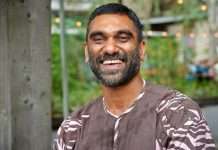