Shelley Walters – Meet the Speaker has over fifteen years of sales and presentation experience in both business-to-business and business-to-customer environments and she brings a unique insight to her clients; helping them to navigate these increasingly challenging areas. Shelley is now available through Speakers Inc

Shelley’s career began in a cut-throat office automation industry where she worked her way up from direct sales to negotiating at a boardroom level in just three months. Later, she served as the first Business Development Officer for South Africa’s first black-owned finance house, Sadiba Asset Lease until she joined the team at Kingfisher FM in 2007.

For four and a half years, she served as the Breakfast Show co-presenter at Port Elizabeth’s popular radio station. Addressing 144 000 people every morning, she quickly learnt how to think on her feet and how to entertain an audience whilst consistently providing information that was both relevant and informative.

Shelley regularly recorded voice-overs for adverts, productions and documentaries whilst also serving as the station’s Sales & Marketing Manager. She turned the station around from being 100 % donor-funded to 100% advertiser-funded in eighteen months.
In 2010, due to increased opportunities to address business audiences, Shelley made the move to Johannesburg.

Since then, Shelley has spoken at over 300 conferences, seminars and training courses internationally. Her natural wit and humour, combined with her passion for people and broad corporate experience, makes her a passionate and engaging presentations skills and sales trainer.

Women on Top: How to Carpet the Glass Ceiling
We are all selling, every day. You sell yourself, your ideas, your value, your products or your services, internally and externally. Your ability to persuade and influence has a direct impact on your ability to succeed in the highly competitive corporate world.
August is the month for celebrating women. This includes women in the workplace and Shelley Walters, exemplifies the power of the ‘fairer sex’ in the business world. Follow Shelley on Twitter

Shelley has created a unique, inspirational yet educational keynote talk titled ‘Women on Top: How to Carpet the Glass Ceiling’ to inspire and to educate women in the business world. Do not miss this exploration of what makes men from Mars and women from Venus and how to use this to your advantage in the workplace.

Whilst women shy away from stereotypes that have come to define them in the business world, many of these attributes are in fact, the differentiators that can make them powerful influencers. Whether it be selling ideas internally or closing a deal with a client. The ability to engineer conversations in such a way that they are remembered and repeated is critical to the new world of business.

Have the conversation that empowers the women in your workplace this August. Give them the opportunity to take their uniqueness, their difference and use it to their full advantage!

This educational and entertaining keynote will leave you and your audience inspired while you learn to:
Use the secrets of the worlds’ most persuasive business women.

How the brain responds to your messages.
How to make a lasting impression (to be remembered and to be repeated).
How to position yourself as a strategic partner within your organisation and with your clients.
Show the women in your workplace that they are worth it, and empower them to shine their brightest this August!

A talkative child, Shelley grew up in South End in Port Elizabeth. Her first memory of wanting to speak in public was when she was five years old: “I walked into an open church on a Saturday morning and I started to address an imaginary audience.” she says. A sales trainer called Bill Nosworthy finally inspired Shelly to pursue this dream: “He never knew then what an impact he had on me, I hope that I too can inspire others to fulfil the potential in their lives”.

Working as a radio presenter at Kingfisher FM,Shelley Walters – Meet the Speaker was presented with opportunities to speak and to train and after a year, she found herself in Johannesburg where her career grew from there.

Shelley has been speaking professionally for the last five years and she loves the opportunity this gives her to shift peoples’ thinking, “specifically, as it relates to the new world of sales, persuasion and influence”.

Shelley feels more comfortable in what she does now, then she did in the beginning: “I was terrified! My presentations have come to life as I have learned to truly enjoy what I do” she says.
“I’ve never wanted anything else, so in the toughest times, I had no choice but to persevere. Success, as they say, is largely a matter of hanging on after others have let go.”

Some things that you may not know about Shelley:

Her favourite quote: “How you sell is more important than what you sell, or the price you sell it at”.

Her celebrity crush is Andy Garcia – “That man makes me melt!”
If she could be something other than a professional speaker, she would be a teacher.
Her hobbies include research, gardening and spending time with her dogs.
Her heroes are Desmond Tutu, Oprah and Bono.

She supports an orphanage in Melville called Hotel Hope: “Every client who supports my work, unknowingly supports Hotel Hope. These beautiful children are very thankful”.
The song that best describes her work ethic is ‘It’s Been a Hard Day’s Night’ by The Beatles. 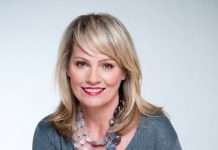