Stephen Grootes – Current Affairs is an Award-winning journalist and political commentator, is the host of the Afternoon Drive show and former host of the Midday Report.

He is also a senior political journalist for EWN, now exclusive to Speakers Inc

Stephen Grootes is also a regular contributor to Daily Maverick, is very active on Twitter and has published a book, S.A. Politics Unspun which offers a roadmap to guide the reader through South Africa’s complex political landscape.

Stephen has an insider’s understanding of South Africa’s political environment and has built personal relationships with all the major role players. The thorn in the side of many politicians, Stephen nonetheless manages to get answers to the big questions.

His insights into our current political environment are fascinating as is his ability to offer a glimpse into where he believes South Africa is heading.

Stephen Grootes has been at Eyewitness News for almost ten years, prior to which he worked in radio news in London, and was the editor of the Asian community’s Sunrise Radio. Follow Stephen on Twitter

Stephen Grootes – Current Affairs has also appeared on TV, including Justice Factor. Stephen Grootes took over the Midday Report in September 2012 and the Afternoon Drive show in January 2018.

Generally speaking, in the metaphorically challenged battle between the buffalo and the tsunami, the tsunami can run out of options pretty quickly.

Over time, the buffalo will emerge, perhaps sodden, but victorious. And so it is inevitably happening that political power is ebbing away from South Africa’s President Jacob Zuma, and the tides are moving dramatically towards Deputy President and new ANC leader Cyril Ramaphosa.

However, Ramaphosa’s speech on Saturday was about much more than power in the ANC; it was a dramatic claim to national political power, to place him as the national leader to look to, and to put the ANC properly and firmly back in charge of the country. 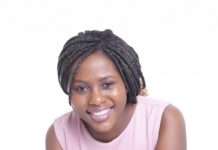 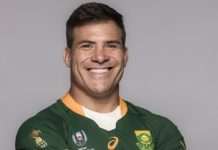 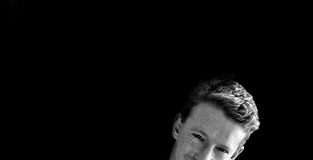