Vanessa Marawa – MC Motivational Speaker was the winner of the first season of Survivor South Africa: Panama. She beat Jacinda Louw in the final with a 3-2 jury vote.

Vanessa pursued a modeling career in Cape Town, but decided to move back to Durban, where she worked as a real estate agent. Book through Speakers Inc

She has also worked as a make up artist and a receptionist.

Marawa, of Umhlanga, won by one vote from Johannesburg’s Jacinda Louw. Independent Newspapers’ Zayn Nabbi held the swing vote and, despite being in the same tribe as Louw for most of the show, voted for his fellow Durbanite.

Marawa, the sister of television personality Robert Marawa, at the time of winning, said that she had hoped her win would focus more attention on the city, but had not yet decided on whether Durban would continue to be her home.

Upon winning the million rand in Survivor she stated that she had quit her job and was taking things “one day at a time”. Follow Speakers Inc on Twitter

Vanessa Marawa, model, radio and TV presenter – look out for her in the Kick Off Magazine’s Soccerbabes. *work it V*

In addition Vanessa can be seen presenting “The power within” on SABC 3, an inspirational magazine programme hosted on Saturday mornings. 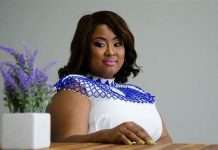