Zapiro – Political Satirist was born in Cape Town in the 1950’s, Johnathan Shapiro couldn’t quite make up his mind as to what he wanted to do – career wise. He would never have imagined a career in cartooning.

A political satirist from whom no politician is safe – not even the President, Zapiro has had no shortage of conflict in his career. Zapiro – Political Satirist is now available through Speakers Inc

As a teenager, Jonathan Shapiro, as he was known, was conscripted into the South African Defence Force. Whilst in the army, he refused to bear arms and in 1983, he became active in the newly formed United Democratic Front.

His arrest under the Illegal Gatherings Act caused some consternation in the SADF. Frequently monitored by military intelligence, whilst also participating in the End Conscription Campaign, he designed its logo.

His work as a cartoonist began in earnest with a wide range of political and progressive organisations. When the newspaper South started in 1987, Zapiro – Political Satirist, Keynote Speaker became its editorial cartoonist.

He was detained by security police in 1988, shortly before leaving on a Fulbright Scholarship to study media arts at the School of Visual Arts in New York. This turned out to be an eye opening experience where he studied under comics’ masters, Art Spiegelman, Will Eisner and Harvey Kurtzman.

Zapiro returned to South Africa in 1991 and with Story Circle, he produced educational comics including ‘Roxy’ (AIDS education), ‘Tomorrow People’ (democracy education) and ‘A Trolley Full of Rights’ (a child abuse prevention comic, later used by UNICEF elsewhere in Africa.)

In addition, Zapiro has held solo cartoon exhibitions in New York, Amsterdam, Frankfurt, Dhaka, Sweden and many in South Africa.

Also, he has exhibited his work in numerous group shows, both locally and internationally. Follow Speakers Inc on Twitter

He attended the World Economic Forum in Davos, Switzerland (2003 – 2006) as one of a group of invited cartoonists.

He has been an invited participant and speaker in cartoon events in Cameroon, Botswana, Namibia, Australia, France, the UK, the Netherlands, Italy, Germany, Sweden, Taiwan and the USA.

Locally, he has been a presenter as well as run workshops for a wide variety of organisations and educational institutions.

He has published eighteen cartoon collections: 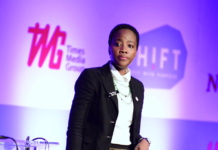