Home Z Zukie Siyotula – Business Strategy
Share
Facebook
Twitter
Google+
Pinterest
WhatsApp
Zukie Siyotula – Business Strategy in March 2016, Zukie Siyotula joined the World Economic Forum’s Young Global Leaders under the age of 40.
Achievements like these are nothing new for Zukie who was previously named as one of the 2011 Mail & Guardian Top 200 Young South Africans. Now available to book through Speakers Inc
As former CEO of Thebe Capital responsible looking after a portfolio of strategic investments across various sectors, she holds a CA (SA); ACMA; MBA and Executive Programmes from Harvard, Insead and Oxford.
Her diverse professional experience ranges from general management, finance, corporate governance, strategy, restructuring, business development, through to sales and distribution.
Zukie has served on a number of non-profit, public and listed boards including, but not limited to Shell SA, Altech Netstar, Vodacom SA, SAfripol, STISA and Sekelo Oil Trading.
Prior to joining the Thebe Group, Zukie held various senior positions at the Barclays Africa Group, Old Mutual Retail Mass, Royal Bafokeng Holdings and South African Breweries.
In recognition of her outstanding leadership and achievements, Zukie is a Desmond Tutu and an International Woman’s Forum Fellow (IWF) where she is the youngest member of the invitation only South African Chapter (IWFSA).
She is the founding member of the African Leadership Network (ALN), an invitation only network of dynamic African leaders and is a member of Graca Machel’s New Faces New Voices Network (NVNF) which advocates for change in business and finance by harnessing the potential of women in Africa.
Zukie is the recipient of a number of business awards in recognition of her, vision, leadership and achievements. Follow Speakers Inc on Twitter
She was awarded the prestigious Fortune Most Powerful Women Global Mentoring Exchange Program in New York and the Vital Voices Global Ambassadors Program and is part of their Global Leadership Network.
Zukie is passionate about business, the advancement of women in business and transformation.
In honour of recognising the importance of human rights in the empowerment of young women, she fearlessly climbed Mount Kilimanjaro in 2015 to raise funds for sanitary pads for previously disadvantaged young girls in South Africa.

Twenty-seven-year-old qualified chartered accountant Zukie Siyotula believes excellence is the best defence against racism, sexism or ageism.
Putting her belief into practice every day, she has ensured that her reputation as a dynamic black businesswoman, change- maker and future leader is rising at a rate faster than inflation.
In her work at Old Mutual, Zukie Siyotula – Business Strategy is passionate about making a positive impact on people’s lives. She also serves on numerous boards, including Gra�a Machel’s New Faces New Voices Network and the Association of Black Securities and Investment Professionals (ABSP) executive committee.
Her astuteness and professionalism earned her the top emerging talent award at the 2009 ABSIP Financial Services Awards, a place in Destiny magazine’s Top 40 Women under 40 in 2010 and an invitation to join the exclusive African Leadership Network.
Siyotula is inspired by powerful women such as Gill Marcus, Maria Ramos and Futhi Mtoba and it seems only a matter of time before she joins their league, leaving a legacy of excellence in her wake. 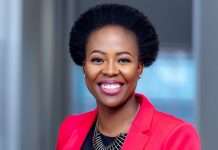 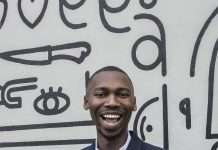 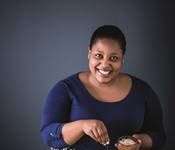